A few weeks ago, reporter Judith Lewis Mernit and I boarded a bus with Lassen Tours, whose primary customers are Chinese, to discover how foreigners experience the West. In 72 hours we traveled from San Fransisco to Las Vegas with stops at natural spectacles like the Grand Canyon and Death Valley. An outlet mall, fruit stands, singing fountains and Asian restaurants also made an appearance on the quick trip. Mernit summed up our perspective of the experience pretty well in the resulting High Country News article: “Both Warren and I had lived in other countries, places where we had learned the languages and tried our best to blend in with the locals. But our Chinese friends were having none of that. It occurred to us both in the same moment that we were not observing a troupe of Chinese visitors in the West attempting to adapt to our culture. We were traveling on a mobile China as it moved through the American West. And the American West was expanding — with restaurants, shopping and spectacles — to include them.” Read the resulting article here and see a few frames that didn’t make it in the story below.

A family on a tour bus and local workers chow down in a McDonald’s off Interstate 5 in California. Brooke Warren/High Country News 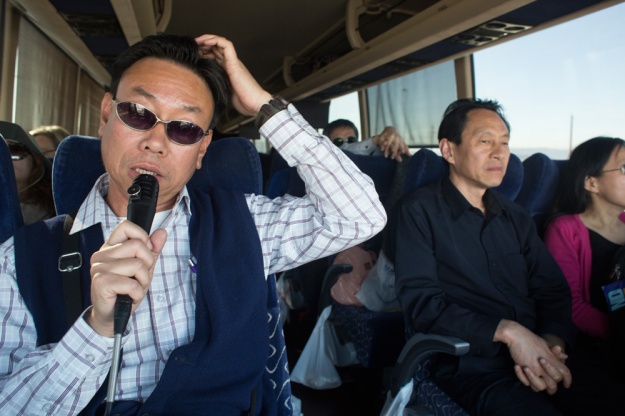 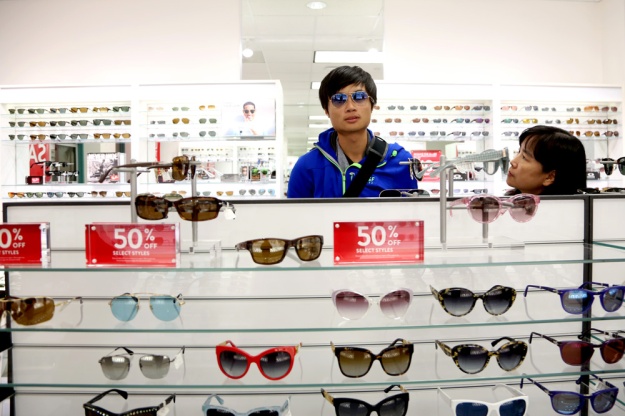 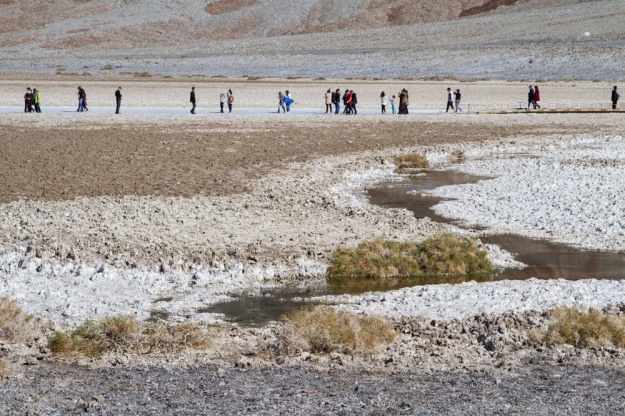